Hi friends!
Blogadda gave me an opportunity to read and review this book Private India by two best authors Ashwin Sanghi & James Patterson.I love reading romantic novels but this was the first thriller book I read and I really read it very curiously.I received this book on last sunday and within 7 days I could read it. 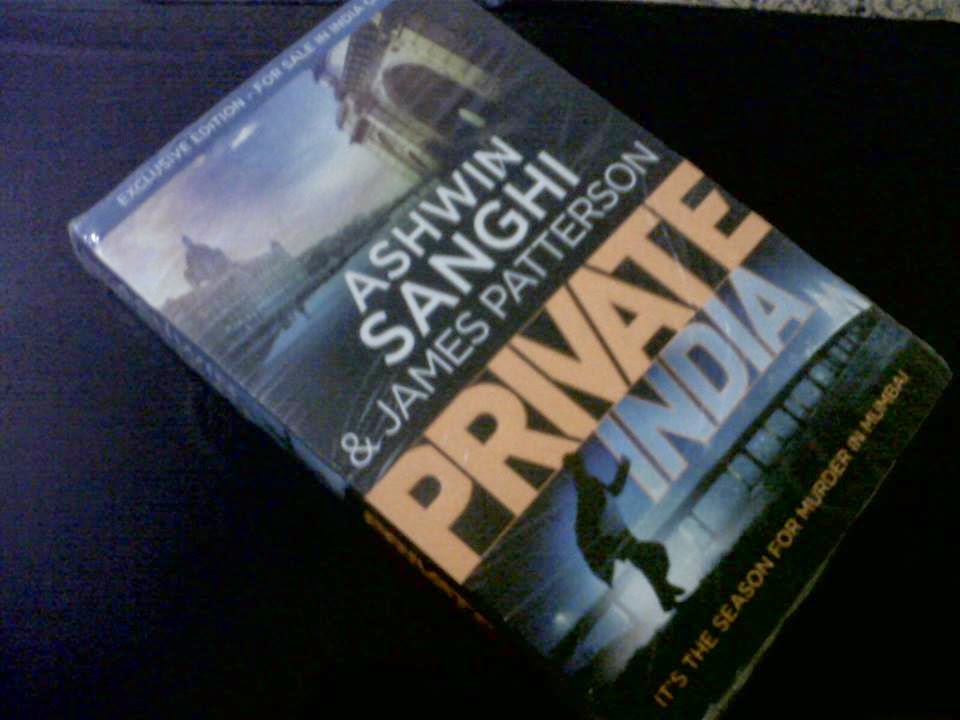 This book is about the murders taking place in Mumbai mysteriously.In Mumbai,people were dying strangled in almost the same manner and with really strange objects.And then they come to know that there may be an even greater danger facing Private India.Hidden in the shadow is someone who could destroy the whole organisation-along with thousands of innocent Mumbai citizens.
Mr.Santosh Wagh,head of Private India,the Mumbai branch of the world's finest investigation agency and his team members including Nisha Gadhe,Maubeen,Hari and Rupesh tries to solve this murder mystery as fast as they can and catch the murderer.
The detectives of Private India has done their job very well.This book makes you flip the pages too fast to know what happens next.The murders of Dr.Jaiyen,Priyanka Talati,Devika Chopra,Lara Omprakash & so on..creates suspense as who will be the next target.All the murdered people were women and this makes the detectives think that the next target would be the woman only.The way these women were murdered was really threatening.These women were strangulated with yellow scarf and were left with things like lotus flower,coin,etc.The detectives did not take much time to find out that the murderer hated womankind.The murderer wanted publicity but the team made sure that much details of these murders are not published in the media because this might infuse terror in the minds of people.The serial murders keep taking place and the investigative team finds out that these murders are somehow related to worship of Goddess Durga.The murders took place in nine -days of navratri when people worship Durga & the objects which were found at the crime scene,were similar to the objects which Goddess Durga hold in her hands in her 9 avtars.Not only this murder mystery,but the team had to catch the people like 'nimboo baba 'the underworld don,who were plotting to against Private India organisation and who were also planning to destroy lives of many people by planting a bomb.
The team worked really hard to solves this case intelligently.To know the climax to read this book.The language and words used in this book are really simple.While I was reading this book,it made me think who could be that strange murderer whose behaviour was really strange.I am sure you all would try to become detective while reading this book.If you're into mystery/thriller novels,you're going to love this book.

Kriti said…
i love mystery novels...thanks for the review though
keep in touch
www.hairfashionbeautyblog.blogspot.in
13 September 2014 at 10:04

TaNuja said…
I'm a moody reader..suspense, thriller, romance...name it all. Sidney's are best for thriller...

Unknown said…
nicely written
shikha would like you to read…HOW TO PICK THE PERFECT SWIMWEAR
15 September 2014 at 03:49