Book Review:God Is a Gamer by Ravi Subramanian

BlogAdda gave me an opportunity to read and review this thriller book-GOD IS A GAMER by author Ravi Subramanian.This is a book by bestselling author if If God Was A Banker.This is a first ever bitcoin thriller. 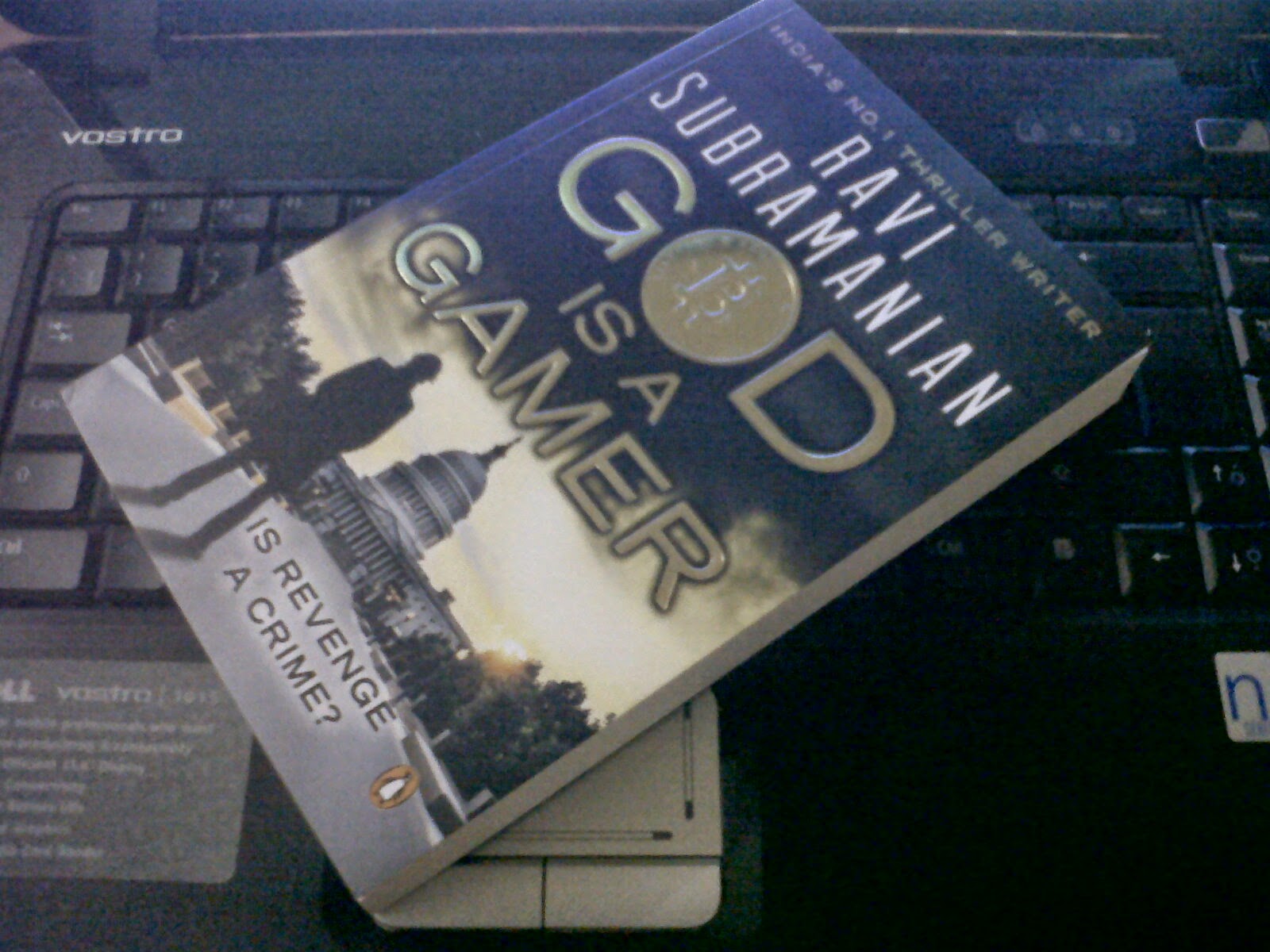 I was happy to receive this book autographed by author.I enjoyed reading it.I read the title,and I found it really interesting.God is a Gamer is a world where money means nothing,martyrs are villains,predators are prey,assassination is taught by the ancient Greeks,and nothing is as it seems.
Moving from Washington's Congress to Delhi's finance ministry,the beaches f Goa to the corporate boardrooms of Mumbai,this is Ravi Subramanian's most gripping novel yet.
The story in this book involves Gamer-Varun,son of Banker Aditya.It is a story of conspiracies involving Politicians and Terrorist.It is about virtual money,digital currency-Bitcoins.
In starting I found it difficult to understand the story and then gradually I got interest in reading it and knowing what happens next.It starts with the hacking of bank accounts of many people.Bankers-Swami and Aditya try to figure out the problems faced by the customers of their bank.They come to know that there is a big problem with the online banking system.There is a lots of trouble Swami face in knowing the reasons for the hacking of accounts.He is constantly under pressure by his superior for all this.Then the story moves to Indiscape,gaming website by Sundeep where he try his best to provide best games to its users but he finds it difficult to engage more users on his site.Then there is entry of Varun in the story,Varun who is a son of Aditya.He is a smart boy with lots of knowledege of gaming world,and on how to pupularise the games on social media with his own tips and tricks and to earn revenue.He becomes the hero for helping his father and his father's friend Sundeep in again setting the record of their website Indiscape after his efforts.Then there is a murder of Malvika,which leads to lots of unending questions whether its a suicide or murder.Her daughter Tanya falls in love with Varun.Then there comes more big problems,when the Townsville,game of Indiscape is removed from site because it was used as a Malware to scan the computer and also the bitcoin private keys and after this the money from bitcoin wallet were transferred to hackers account.All the questions had no clear answers.Then CottonTrails company which supplied drugs was also involved in the story.Who run it,that was difficult to know.Then all these mysteries unfold and one by one the real face of all the players in this Big game comes in front shockingly.It was written on the book IS REVENGE A CRIME?When I was reading this book I was constantly looking at this question's answer and after completing the book I got my answer.What all happens in this story is because  of revenge but I believe whatever is the matter,revenge is not the right way to deal with it as then the person who is taking revenge is also becomes a criminal and then there is no difference between the two.
The new concept of bitcoins was much talked in this book,I understood it but sometimes I found it difficult to understand.

Which book you read recently?Do let me know in comments.

Thanks
Vandana :)
This review is a part of the biggest Book Review Program for Indian Bloggers. Participate now to get free books!

Rupa said…
Interesting read. I will see if I can get my hands on this book. I recently read To Kill A Mockingbird. And its the best book ever!