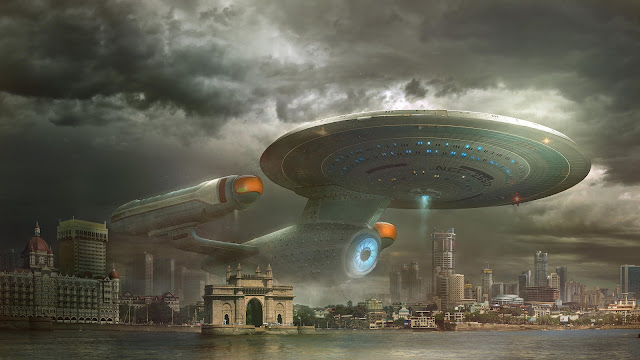 STAR TREK BEYOND is launching on 22nd July, which is the third in the rebooted series, which began in 2009 with JJ Abram's  Star Trek and continued with  Star Trek into Darkness. This one is the best in Star Trek series and the new age audience is loving the 'new' Star Trek.

All the main cast members from the first two films are coming back. Star Trek Beyond is a 2016 American science fiction action film directed by Justin Lin from a screenplay by Simon Pegg and Doug Jung, based on the series of the same name created by Gene Roddenberry. It is the thirteenth film in the Star Trek film franchise and the third installment in the reboot series after Star Trek Into Darkness (2013). Chris Pine and Zachary Quinto reprise their roles as Captain James T. Kirk and Commander Spock, with Pegg, Karl Urban, Zoe Saldana, John Cho and Anton Yelchin reprising their roles from the previous films, with Idris Elba and Sofia Boutella joining the cast. Simon Pegg – who will likewise be dusting off his dubious accent again as Scotty – also served as co-writer on the script. Newcomers will include Idris Elba as Krall – a reptilian-looking villain who 'challenges the Federation's philosophy' – and Sofia Boutella as Jaylah, an alien warrior.

The new film will be going back to basics with the Enterprise's famous 'five-year mission' to explore the unknown regions of the universe. It's a story about frontierism and adventure and optimism and fun. The film finds the crew trapped on an alien planet with the Enterprise out of commission, threatened by a mysterious foe who is plotting the demise of the Federation. Beyond that, the trailers promise daddy issues, the near-total destruction of the Enterprise and a dastardly plot hatched by Elba's Krall to bring our Federation heroes to their knees. 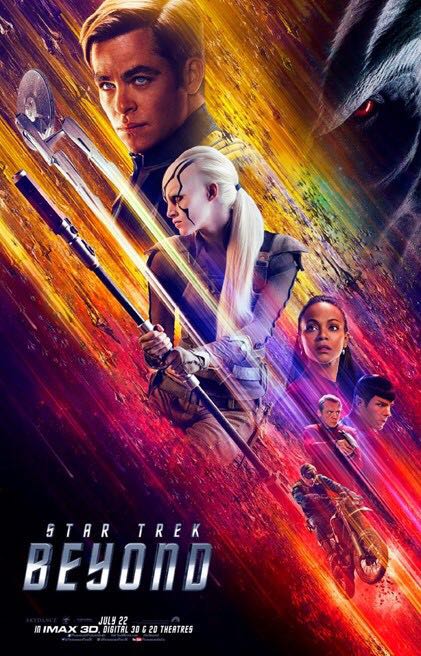 After watching the trailer, everyone is completely blown away by its action-packed antics. It looks like a terrific action-adventure movie. It should be a very successful Star Trek movie.

I think this is gonna be a summer blockbuster, popcorn film, Do watch it ! #StarTrekIndia

I don't do not even know the way understand how know how I stopped I ended I finished up here right here , however but I thought I assumed I believed this post submit publish put up used to be was was once good great . I don't do not realize recognize understand recognise know who you are you're you might be however but definitely certainly you are you're going to a famous well-known blogger if you should you when you in the event you in case you for those who if you happen to are not aren't already. Cheers!

Unknown said…
Howdy! Someone in my Myspace group shared this site with us so I came to give it a look. I'm definitely enjoying the information. I'm bookmarking and will be tweeting this to my followers! Terrific blog and fantastic style and design.