MEN AND DREAMS IN THE DHAULADHAR BY KOCHERY C SHIBU

A hydelpower project in the remote Himalayas. Three people brought together by fate. Nanda, an engineer from Kerala at the dam construction site hiding from his past, from the law, torn between the love of his dear ones and the traditional kalari code of revenge. Khusru, a boy displaced from his native village in Kashmir, a gambit in the terror plot threatening to blow up the dam, working as a labourer at the site. Rekha, a Kathak dancer in heart, a doctor by profession, arrives at the campsite as the consort of Khusru. A village that accepts the dictates of modernity with a heavy heart, its population steeped in superstitions and religious beliefs.

All throng the campsite like moths to a flame, some escape untouched, successful; some, miss a step, and perish. Each has a story to tell and a dream to realise. Men and Dreams in the Dhauladhar is about the aspirations of these people with their cares and worries woven into the site life. The fury of nature and the hardships of project life have no mercy for the weak and no time for the dead. Like an eternal spectator the Dhauladhar watches as men risk life and limb in a quest to fulfill their dreams. 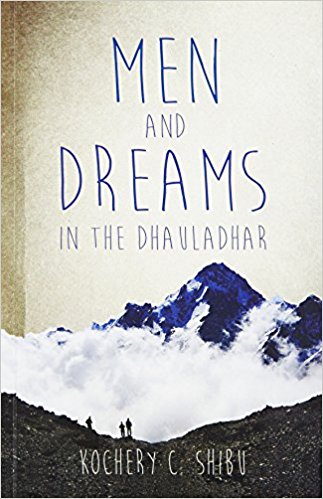 PLOT: The story is set in the backdrop of snow-capped Dhauladhar mountain range of the Himalayas.

CHARACTERS: The story revolves around three main characters Nanda, Khusru and Rekha.
Nanda is an engineer who has been hiding from the law. He had to run away from his home in Kerala after a violent fight. He started working on a hydropower dam project.
Khusru is handsome youth dispalced  from his native village in Kashmir , a gambit in the terror plot that threatens to blow up the dam, and now working as a labourer at the site.
Rekha, a kathak dancer and a doctor by profession. Dance is her life and she is also looking for her dream man who will be Love Him, Worship Him one.


MY REVIEW:
The story is quite complex in the starting. All the characters are from different backgrounds and fate brings Nanda, Khusru and Rekha together at the camp site. The story tells how everyone at the dam construction site is trying their best to fulfill their dreams. Nanda who is silent and mysterious in hiding every detail about his past. He longs to meet his beloved wife Nandinikutty.
Khusru who was abandoned by his parents in childhood now has a desire to meet them and this desire bring him to a tryst with terrorists in Pakistan. His journey is all about hardships, bravery and separation from women. Rekha find his true love Khusro and works as medical help to the workers at the camp site. Nanda, Khusru and Rekha's own personal experiences shapes their thinking and actions. They all three find peace in the snowy peaks of Dhauladhar. The mountains smile at them and speaks to them in its own ways.

I could feel the pain of the main characters and other workers. I could actually know about the labour issues and the tough life of workers who work hard for the completion of Dam Project.  I can say its an emotional read. I could feel the thrill, the anger and fear of all the characters while reading their stories.This book very-well written and worth reading.

Its a unique and fresh story and I absolutely enjoyed reading it.It's a very well researched story. The best part of the book was its characters as they are well-developed. I also loved the descriptions of the beautiful different places which were so realistic. The technical details of setting of Hydro-Project was very well explained by Author. The Cover and blurb are interesting. The title is apt. I loved the writing style which is gripping. The language used is simple and easy to understand. It's definitely a recommended read.

I would highly recommend this book to my readers as this story which  is filled with pain and heart. 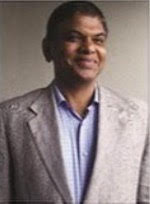 Kochery C. Shibu is a retired naval officer. A graduate from the National Defence Academy he has held several important posts in the Indian Navy. Post his retirement he has executed hydroelectric projects in the Cauvery river basin in Karnataka, Beas river basin in Himachal and lately Teesta river basin in Sikkim. He holds a postgraduate degree in Defence Studies from Chennai University, and MA in English Literature from Pune University. Men and Dreams in the Dhauladhar is his debut novel. The technical content of the novel, namely the setting up of a hydro-project is drawn from his experience in these projects since 2005, as are many of the characters inspired from those whom he encountered at the project site. Kochery C. Shibu was born in Kochi and now lives in Bangalore with his wife and daughter.