Hi friends!
Today I would like to share review of the book~The Winner's Curse By Dee Walker.
This is his first book that I read.S V DIVAAKAR wrote this book under his pen name Dee Walker.
The book is a political thriller about National ID Numbers,Power and Greed.

On the Book Cover~
Orphan Harsh makes it to the billionaire club with a burning vision,sheer intellect and the blessings of his political Godfather.The favours must now be paid back,through a huge Guru Dakshina.To honour his Master's wish,Harsh,with the help of his fellow IITians,sets out to create a never-seen-before governance technology based on the national Id numbers that will change the face of democratic India.Everything is at stake:money,reputations,egos,and morals.Even lives.Will they succumb to insatiable greed in the murky games of politics,backstabing and subterfuge,or will they be redeemed by the "Ten Commandments"that once forged their ideals at college?If you thought that supreme technology and unalloyed power can bring lasting public good,or that e-governance and transparency can address the ills of our system,The Winner's Curse..will force you to think again.For,ultimately,what's at stake is :YOU.


Review:The book is a thriller which revolves around National ID Numbers.The characters in this book are mostly IIT graduates.And the book is based on the Ten Commandments of IIT.
Harsh,who is also IIT graduate and now a successful businessman is a loyal disciple to his Master,who is a leader of political party.Harsh calls him Babuji and respects him and is ready to do anything because he feels that he owed his success in life to him.Babuji dreams of Jan Shakti,the project that can bring complete transparency into the dealings between public and government,and remove corruption and black money from the system.Babuji's real intention behind thsi project is to get dictatorial power.He waits for the right time and uses Harsh in order to fulfil his dream.And he gives it a name of his Guru Dakshina.
Harsh is good ideal man and he is not aware of his master's will behind this project and dedicatedly works for him. 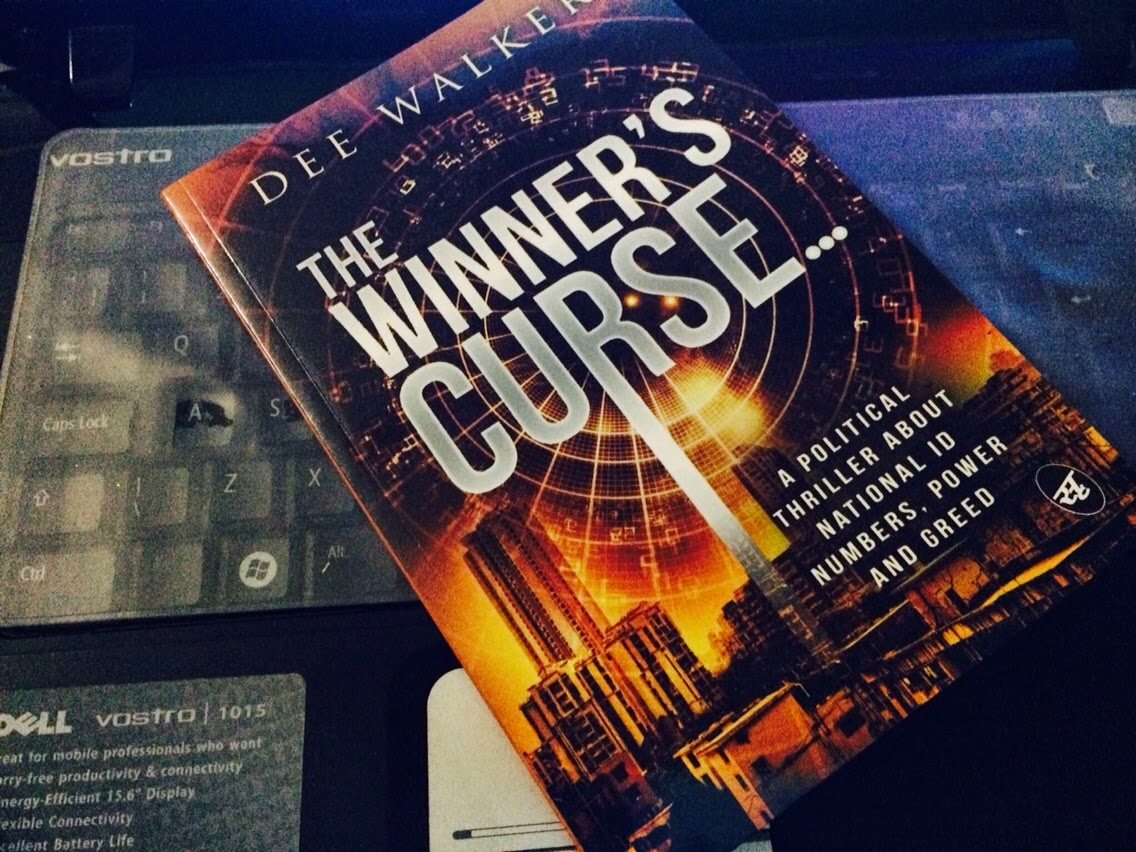 The book focusses on the Ten Commandments of IIT,it shows how people who pass out from this reputed institution,deals with the life,their outlook towards life and how they work towards the betterment of nation without thinking of their personal gain and how they think about the bigger cause.
I loved reading this book and was eager to  know what will happen next.I loved the characters of Arvind Pandey who did his duty so well and without thinking about his life,he continued his service.Then I liked how Kamal Pandey who fought till the end for justice.Its shows how students of IIT build  strong and good characters and who tries to become moral beings.I found Harsh's speech at his college meet,very motivating when he says that ' If I can,each one of you can.Harsh followed all Ten Commandments of IIT and  lived a very good life because of his hard work .


The story ends with a strong message that we should stick to our morals,and we should stop playing foul and bending laws for our personal gains.And we should also remember that truth can only be saved by conscience.