Indian Premier League is the best possible combination of glamour and sports. It has all the elements of entertainment, excitement, action, suspense and superstars. After a series of a successful run for the past 11 years, it is coming back for the 12th edition this year.

However, amidst the glitz and glamour, at the end of the day, it is just a sporting event. With most of the major cities and states of India having their own teams, it even gets personal for most of the fans. Hence, it showcases obvious anticipation and enthusiasm when it comes to who will be the IPL winners.

Even though a look at the previous IPL’s winners list might be of some help, it will not give you an entire picture as the teams are very dynamic in this tournament. The team players keep changing almost every season. The Chennai Super Kings team and Mumbai Indians team are definitely one of the frontrunners to the trophy. 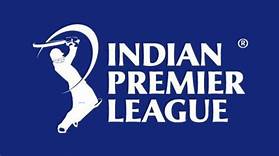 In this year’s IPL tournament, eight teams are up for the battle to grab the trophy. Let’s look at the list of teams playing this season before we dwell into the crowd favourites for the win:

Chennai Super Kings:
Chennai Super Kings has had quite a journey in the IPL series. The team has not only won the IPL tournament three times but it has also bagged the Champions league title twice. With MS Dhoni as its backbone, CSK has been pretty much ruling the tournament from its inception.
It has got some really good matured players, who have an experience of playing in all scenarios such as Suresh Raina, M.S. Dhoni, Shane Watson and Faf du Plessis. They also have a pretty decent bowling team with players like Lungi Ngidi, Mitch Santner, Mohit Sharma, Deepak Chahar and David Willey in the team.

The history and statistics place Mumbai Indians as one of the most popular and successful teams of the IPL. However, why should it be a crowd favourite this time? Well, similar to the CSK’s team, the Mumbai Indians Team that has been selected for this year’s IPL looks very strong. The best feature about the current team is the perfect blend of experienced and young players. Rohit, De Kock, Bumrah and Behrendroff are expected to play an important role in the team. To know all the players in the Mumbai Indians Team, click here.

All said and analyzed, it will all come down to the performances of the teams on the day of the match, May the best team win!