THE LEEWAY TOWERS BY ABHIH SINGH

BOOK BLURB:
By 2020, the fight over resources, growing unemployment, and corruption push a densely populated island in the Indian Ocean into Civil war.  Kal, only a school boy at the time, finds his life radically altered by the conflict. Now, returning after fourteen years of refuge in Australia, he encounters a place transformed into a beacon of peace and organisation. But there's something odd about the order. Does a fringe group hold answers? 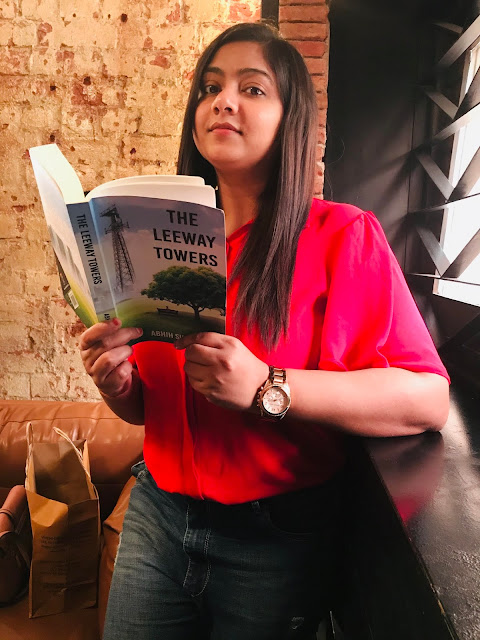 The Leeway Towers consists of two parts - part 1 from chapters 1 to 24 where the story is centered around 2020 and
part 2 from chapters 25 to 50 centered around 2034. Kal is a happy teenager living with his grandfather when his
life goes upside down. He returns back from his refugee in Australia and on the surface things seem fine, only on
the surface; everything is peaceful and appears sorted. What forced Kal and his grandfather to shift to Melbourne
as refugees and what awaited Kal when he returned, how both the parts are related forms the rest of the story.
The book is an appropriate representation of the current society we live in albeit we not realizing where we are
headed to, in the name of development and betterment of lives; exploiting resources without stopping and
thinking where this we ultimately end. At 400 pages, when you first hold the book in hand, you might wonder
what the author would like to convey given the short blurb speaks of corruption and unemployment. Though
some chunks of part1 seem bit slow, part2 makes up with the racy content. Also, reader will be too impressed
with how the author ties up both the parts seamlessly.


Kal’s transformation from a carefree teenager to a mature individual in the second part is the highlight,
along with simple language and unique parallel narration style. The fresh concept which almost feels like
reality instead of being dystopian, forces the readers to introspect. The author impresses by taking care of
even the minutest details related to the story. As the reader gets immersed in the story, the length of the
book is easily forgotten. With a simple but slick cover design and strong characterizations,
The Leeway Towers is a must read as the book is an all-round winner, as it scores on all parameters.

Best Article buy Pain Pills online Excellent post. I appreciate this site. Stick with it! Because the admin of this web page is working, no doubt very quickly it will be well-known, due to its quality contents.This website was how do you say it? Relevant!! Finally, I’ve found something that helped me.
Best Article buy Roxicodone online Excellent post
buy Xanax online
buy Oxycodone online

Best Article buy Pain Medications online Excellent post. I appreciate this site. Stick with it! Because the admin of this web page is working, no doubt very quickly it will be well-known, due to its quality contents.This website was how do you say it? Relevant!! Finally, I’ve found something that helped me.