Enter the shadowy world of the Russian military, intelligence agencies and a hired assassin.
Six young Americans from affluent families decide to take a trip to Patomskiy Crater, a peculiar rock formation shrouded in mystery, located in a remote area of south-eastern Siberia. Alarms are raised when they don’t return to the base town of Bodaybo, and when the search teams set out, they find the bodies of four of them in mysterious circumstances.
Eyewitnesses Vin and Mia, scared and helpless, are on the run deep in the jungle trying to escape someone or something.
Vin is the son of James Catt, a powerful American steel and oil tycoon, who is not leaving any stones unturned to ensure the safety of his son.
In a viscous game of ‘cat and mouse’ played out in the treacherous Siberian jungle, Vin and Mia are being followed by clandestine individuals and a retired officer of the Russian military hired by Mr. Catt to save his son. Unaware of this fact, Vin and Mia’s survival depends on who reaches them first.
Intricate, scary and ruthlessly suspenseful, The Patomskiy Crater is dark but will thrill the reader no end. 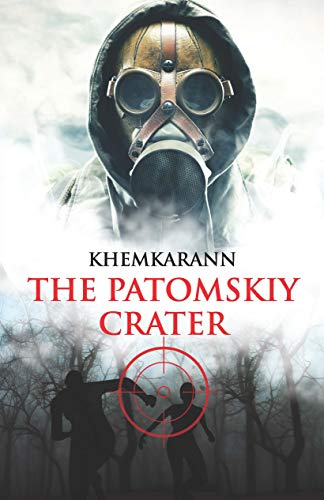 The Patomskiy Crator is Author's debut novel and author has done a brilliant job in weaving a suspenseful story. This is a story of Vin ( who is a son of James Catt, a powerful American Steel and Oil Tycoon ) and his friends Mia, Leah, Theo, Carter, Arthur and Hannah. Protagonist of the story Vin plans a trip to Patomskiy Crator with all his friends except Arthur who refuses to go on a trip. These 6 young Americans from affluent families take a trip to Patomskiy Crator, a peculiar rock formation shrouded in mystery, located in a remote area of South-Eastern Siberia. Their guide Dmitri is informed by the locals that their is danger ahead but  these six people refuse to go back with him.
They keep moving in the Siberian forest facing all kinds of difficulties and that too without any sufficient supply of food and water. When after some days, they don't return to the base town of Bodaybro, Vin's father Catt takes help of Tony Morreto to find and save his son. Tony hires Goran, a retired Officer of the Russian Military to find Vin and his friends.
Terror grabs everyone when the search teams find the bodies of the four of them in mysterious circumstances. Vin and Mia feels helpless and scared and are on the continous run trying to escape as they are  being followed by two masked men who are well equiped with weapons. The constant chasing by mad armed masked men made them feel hopeless and they questioned themselves on each step whether they will be able to  get out alive from that dangerous mess. Not just this, Vin is wracked with the guilt over that he failed to save his friends. Now to know who are these mysterious masked men and what do they really want from Vin and Mia, you will have to read the book. To say much more would spoil the book's many surprises and suspenseful twists.

WHAT I LOVED READING THE MOST IN THIS BOOK? 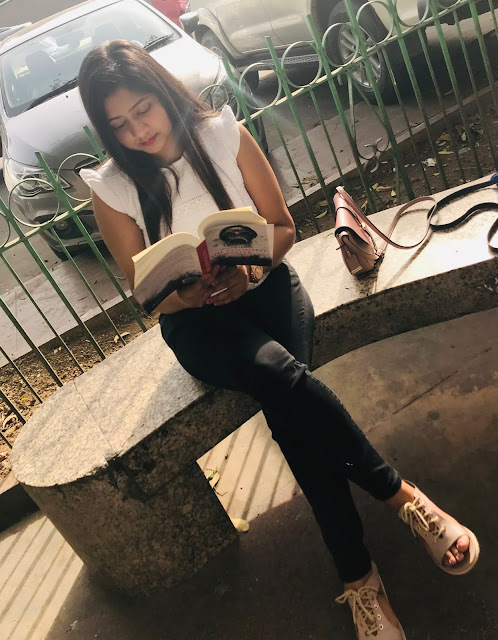 The cover of the book is apt which shows two masked men chasing people in the forest and it goes well with the story.

RATING: I will rate it 5/5 Stars because The Patomskiy Crator is utterly action-packed and I would highly recommend it! 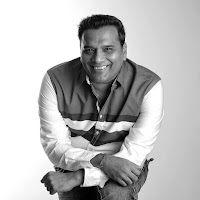 Khemkarann writes fast, fun, and action-packed mysteries. Most of his stories, although completely fictional, are inspired by real life characters and places. He grew up in the suburbs of Mumbai, India, and in spite of moving to UK since past 16 years, feels Mumbai is his  home and where he most fits in. Presently he lives with his wife in the UK and works in Management for a top Investment  Bank, but loves to read and write in any spare time he can find.  After writing (and rewriting) for almost three years every day in his long train commute to work, and weekend coffee shop breaks, he finally finished his first novel ( with great reviews from initial readers), The Patomskiy Crator.