THE RED LINE BY TANMAY DUBEY

BOOK BLURB: Inspired by true events, THE RED LINE is a thrilling murder mystery that treads the dark by lanes of international espionage and corrupt defense deals. The exciting story witnesses the journey of an honest cop to discover his true dharma and a brave women army officer’s selfless service for her country. 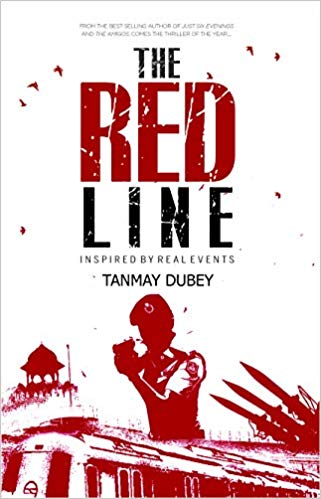 BOOK REVIEW:
The Red Line is based on real incidents and is a thrilling murder mystery which revolves around the murder of Rakesh Kumar. Rakesh Kumar was a senior official in the Ministry of Defence and he was found dead on his way to a metro station on the Red Line. The protagonist Hanumant Shashtri and Col. Matrilka Rana investigate the case of Murder of Rakesh Kumar. Inspector Hanumant Shashtri, SHO of Delhi Police is an honest cop who performs his duties and always follows the path of Dharma. He was against taking bribe in his profession. Col. Matrika Rana is a brave officer who is willing to go to any extent to serve her country.  Other than these two characters, I also liked the character of Azhar, who always stood by Hanumant in every tough situation. The teamwork that these three brave heads do in order to find the murderer and solve the murder mystery is worth reading. There are so many twists and turns in the story that keeps you hooked to the book. The book is action-packed and full of suspense.

I am impressed by the writing style of the Author. The cover image is very creatively done and I found the title apt. There is so much to takeaway from this story or I would say there is so much to learn from Hanumant Shashtri's character.

TAKEAWAY FROM STORY:
We should never lose ourselves and our values no matter how tough the situations are because by breaking our own prinicples we can face the world but not ourselves because our principles defines and makes us who we are.

As I have finished reading this book, I would now love to read other books by this Author.
RATING: I would love to rate it 5/5

RECOMMENDATION: I would highly recommend this book to everyone. 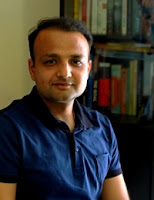 Tanmay Dubey, is the best selling author of 'JUST SIX EVENINGS' (2015) and 'THE AMIGOS' (2017). He is a Motivational Speaker and finds solace in long distance running and has actively participated in many national and international marathons. He is also an avid cyclist and has successfully completed many long-distance cycling tours and Brevets.

Unknown said…
We create a Digital Agency in phoenix
top seo company in phoenix ensure 100 percent satisfactory results because your business is actually our business.
Find and connect with Internet Marketing Company in Phoenix