BOOK BLURB:
Tahira Rizvi was a young tennis player who got the opportunity of her life when she was invited to be part of Karan Mehrotra’s successful attempt at Wimbledon. Back from Wimbledon she wants to make one last attempt at building a career for herself as a professional tennis player. But there are just too many questions. Has she left it too late? Will she get the support she needs from her friends and family? More importantly, will she get the opportunity she needs to prove that she can turn things around? And what about Vikram? He may say he is in love with her but can they have a future together? What do you do if both opportunity and romance are knocking on the same door? Who will you let in first? Will Tahira be able to move from the stands of Wimbledon to the courts of Wimbledon? And if she does, what is the price she will pay? 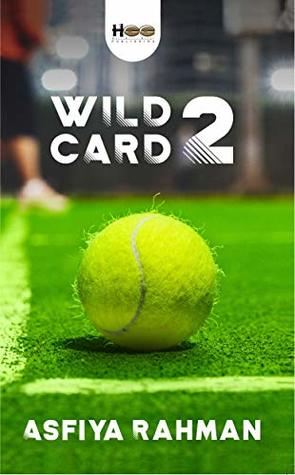 Victory Comes when talent is fired with ambition~ Asfiya Rahman

Tahira Rizvi is one lucky young tennis player to get the opportunity of a lifetime to witness Karan Mehrotra’s stupendous success in Wimbledon final match, entering it as a Wild Card player. With increased motivation and vigour Tahira dreams to explore her own career and reach similar heights like Karan.However, there is initial resistance from her parents as they think Tahira does not stand chance against much younger players. Thus starts Tahira’s struggle to convincing her parents, believing in herself that she has a future in professional tennis.Vikram who had been trying to take his relationship further with Tahira is the only person whom she can rely on for all the emotional support.
Does Tahira and Vikram have a conventional happily-ever-after? What happens to Tahira’s tennis dream? What is Karan upto after his Wimbledon Cup forms the rest of the story. Wild Card 2 though being the sequel of the best seller Wild Card, can be read standalone. For the convenience of those reading the second part only, author Asfiya gives a brief summary of the first part at the starting of the book. Wild Card 2 is a hard hitting account of struggles of sports person in our country, where parents believe in conventional professions, while their kids aspire to make it big in sports. The hurdles do not stop at lack of family support, or self doubts, sponsorship and the likes. Tahira’s resolve to succeed in tennis amidst a hundred issues, choosing between career and love,
and the narrative encompassing all these emotions is so heartwarming.

WHAT I LOVED READING THE MOST IN THIS BOOK?
I loved how Karan stood by Tahira throughout her journey, as a friend and mentor,believing in her talent more than Tahira herself or her family.  I liked how he advised Tahira explaining~ "So you know, it is disappointing but you just have to dust yourself off and move on. Take some time to process your defeat but don't give up. You can't just throw up your hand and accept defeat at the first hurdle, not in tennis and definitely not in life."

The story also brings across the important message of how it is never too late to dream and achieve those dreams as well. The relationship Tahira shares with Vikram is handled very maturely. Roshini adds to the fun quotient with her naughty banter. WildCard 2 is a wonderful story about Tahira’s journey with good mix of sports, emotions, dreams
and struggles before reaching the desired success.

RATING: 5/5 Stars. I would highly recommend it to everyone. 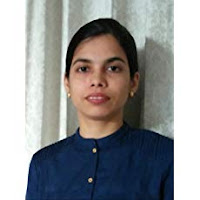 Asfiya Rahman, a management graduate, is a language teacher by occupation and a writer by inclination. She is fluent in French, English, Hindi and Urdu and hopes that genuinely qualifies her to be called a polygot. She has published many short stories and been associated with writing workshops and literature festivals. To find out more follow her on instagram and twitter @doonwriter.