After the Great War of Sompur, Aryavir and Sitanshu are forced to go their separate ways – one back to Kamalkund and the other to Aryavartha. As the two struggle to embrace their new roles, the great Maharajadhiraj Ambujakshan’s past sins are revealed, casting ominous shadows on the events of the present.

Against all odds, Sitanshu must accomplish a seemingly impossible task set by the Maheshwari Masters. From an ancient secret cave deep inside Mount Mandeshwar to the mysterious Raven Monastery across the border of Ch’in, Sitanshu races against time to save an entire race of people from extinction. If the mother of all weapons – the Mahavidhvamsha Astra, is released, the Old World will be plunged back into Andhasaya – the darkest of ages.

Written with the classic Indian ethos, Ambuj, the third part of the Guardians of the Blue Lotus Trilogy, pays homage to India's magnificent mythological heritage and takes the reader on a journey into the heart of human passions. 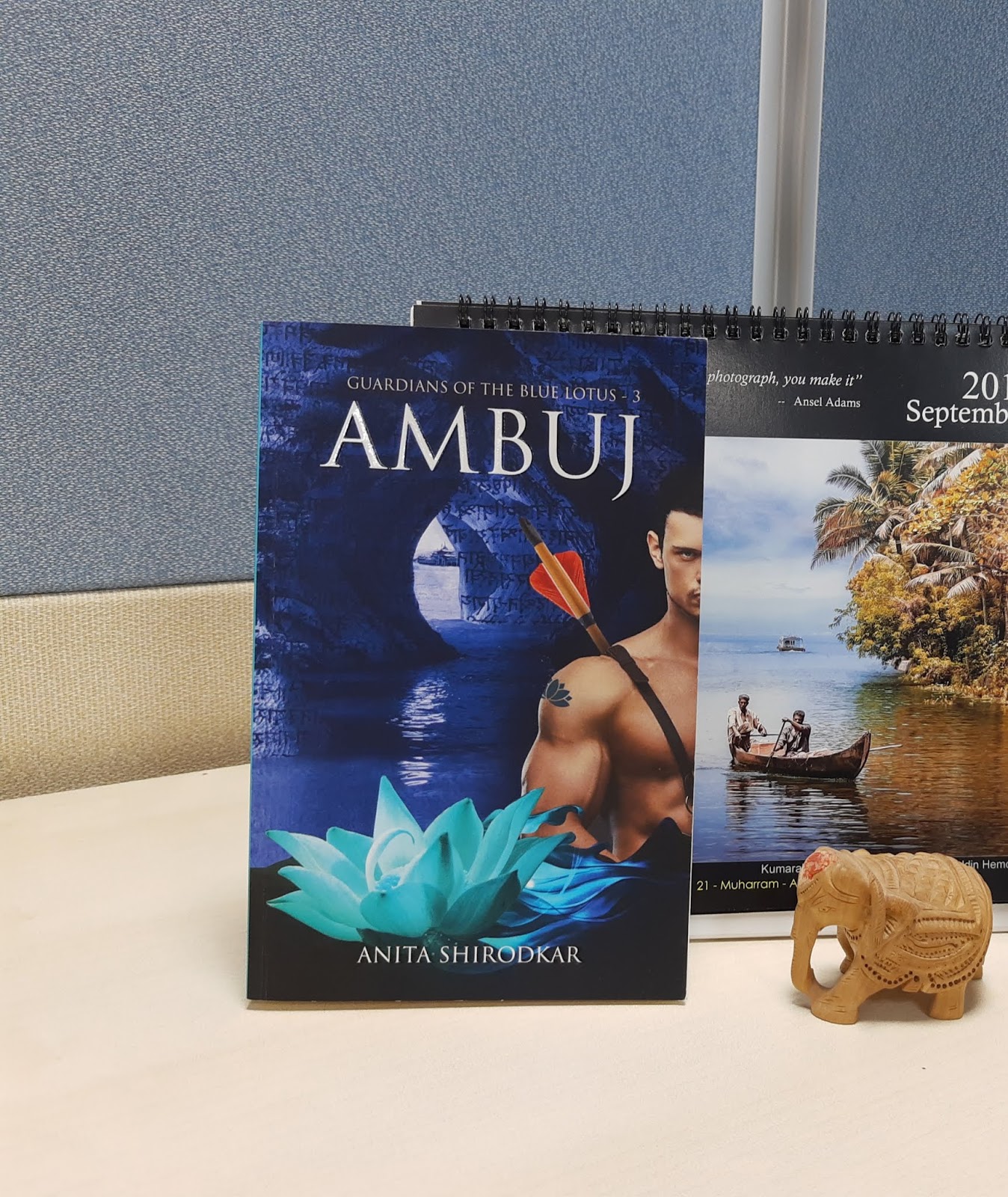 Sitanshu is back from the Great war but is bestowed with a seemingly impossible task by the Maheshwari masters. While Aryavir is also back to Kamalkund after winning the war with the Chandraketus at Sompur, that is when both Aryavir and Sitanshu get to know the past secrets of Ambujakshan. Sitanshu however, tries to race against time to save his people, to stop the release of the mighty weapon which could destroy the Old World forever. Will Sitanshu be able to fulfill his destiny and what fate awaits Kamalkund and Aryavartha forms the rest of the story.
Ambuj is the third part in the trilogy of the ‘Guardians of the Blue Lotus’, and hence reading of the first two parts will help understand the past story better. However, it can still be read alone by new readers who haven’t read the previous two parts as the beginning of this book gives a quick summary of the past two parts, starting from the birth of Madhumalli, later her association with Ambujakshan and Master Chiron’s prophecy of the future and Ambujaskshan’s ambitions. The third book however starts with the return of Aryavir to Kamalkund establishing the present story.
The story as with the previous two parts is well narrated by the author, while bringing together multiple characters into the narrative. The elements of Kingdoms, fantasy, politics are all carefully weaved into the storyline while retaining a fast pace. The names used by the author for places and people depict the Indian touch as they are hugely derived from Sanskrit and Indian mythology while retaining the fictional touch. The beautiful cover, the interesting twists and the gripping narrative all add to the brilliance of this part. The family secrets, the royal tactics and the vivid description of the locations are well handled by the author.
The book demands the complete attention of the reader to keep a tab of all the characters and the happenings. If you are looking to pick a series with Indian touch to a fantasy, mythology based fictional story, then this is the one for you. Pick Ambuj for a thrilling journey in the land of the Kamalakshis as the adventure unfolds.