BOOK BLURB:
It was an old building in Mumbai, a wretched imitation of Hawa Mahal. Built by a rich jeweller as homage to his adulterated love. It wasn't cursed but it might as well have been. Bad deeds don't go unpunished. Forbidden love extracts a price.

This is a story about a blackmailer and serial killer hiding in plain sight.
It is also a story about Smita, a troubled housewife trapped in a bad marriage, and about Jai, an honest police officer desperate to prove himself, but stymied at every step by a crooked boss and a corrupt system. When a series of murders take place in a posh locality in Mumbai, Jai watches with horror as his colleagues scramble to save a Chief Minister's son and frame an innocent man. As the body count rises, he has to ask himself whether he has what it takes to catch the killer. Smita, struggling to come to terms with the dark secrets in her husband Karan's mysterious past, gets sucked into a world of deceit and treachery. Unsure of whom to trust, she must first fight her own inner demons before she can save herself. 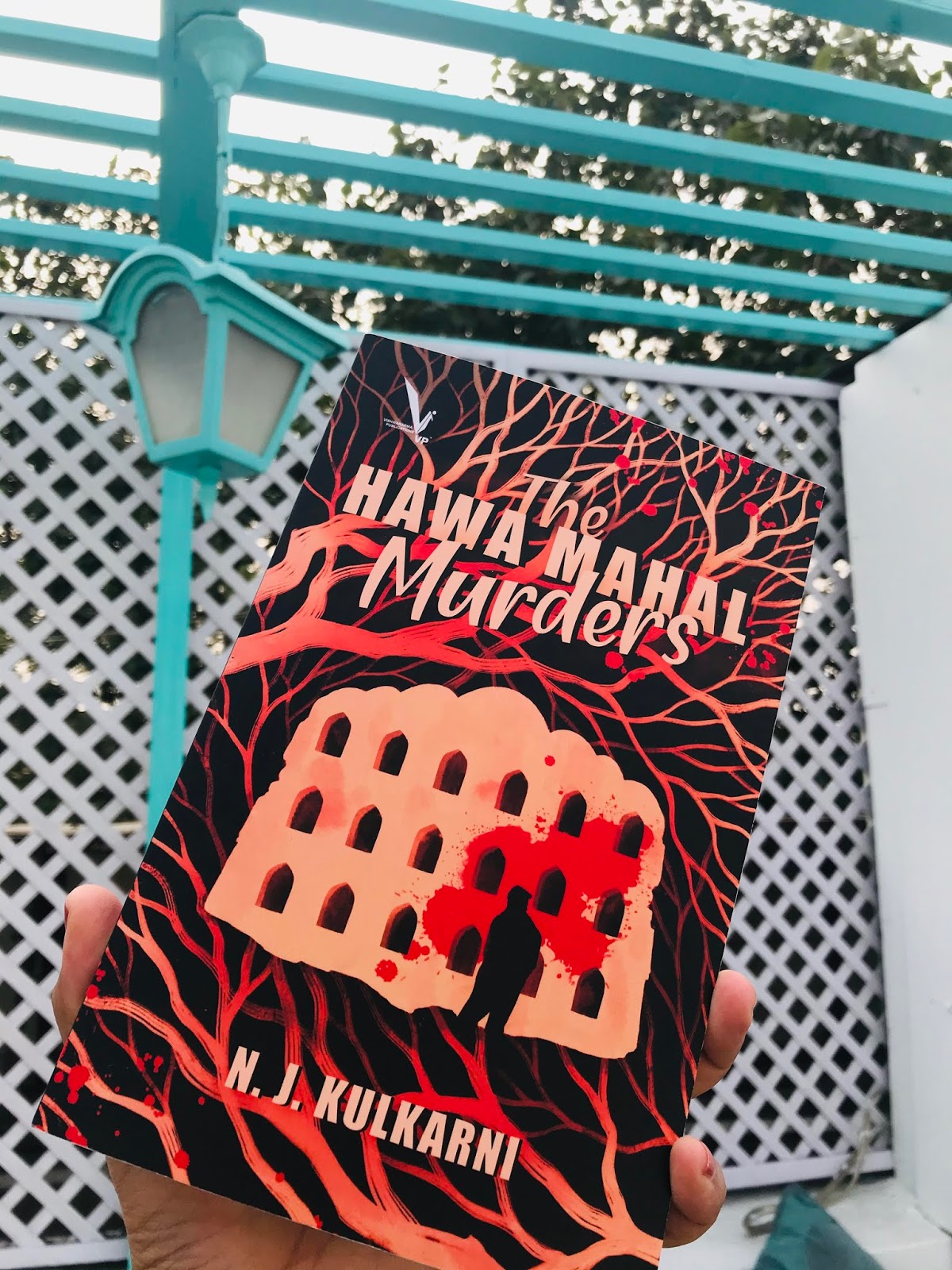 The Hawa Mahal Murders by N. J. Kulkarni is a richly-woven murder mystery, full of twists and this book had me hooked from the very start. The story starts with Smita, a housewife who moves to Hawa Mahal with her husband Karan Joshi. On the day they enter Hawa Mahal, their neighbour Ria Khan gets murdered. At the murder scene, Police finds a crimson flower from a gulmohar tree which was sat on her right chest and also biological material had been found under her fingernails, possibly indicating that she might scratched her attacker just before she died. For this case Jai Rege, ACP one of the most brilliant officers was assigned as the investigating officer along with SIP Govind Bhat. There were many suspects in this case including watchman Bahadur, Pratique Khan (Ria Khan's son), Kuresh Rao and some more. When police was busy investing this case, there was another killing in the same building of Hawa Mahal. The similar crimson flower was placed on second dead body too, which suggested that the same person had murdered both of them.

Smita was sure that Hawa Mahal holds many mysteries and she feared for her and her kid's safety after these two mysterious murders. But she was more troubled by Karan's strange behaviour when she tried to talk to him. The conversation between them was fruitless and his talks further added to her confused state of mind. Determined to get to the bottom of the mystery, she decided to find more about these murders in Hawa Mahal and what dark secrets his husband was hiding from her.

Will Jai Rege find out who the murderer or murderers are?
Will Smita ever find out what his husband Karan is hiding from her?
To know this, do read this book. The book is intriguing. This is by my first book by this author and I loved her writing style. The moment I started reading it, I could not put this book down. It had me so intrigued I had to keep reading it to find out what happened next.

ABOUT THE AUTHOR:
N.J. Kulkarni is a journalist and a writer who has worked for almost all major publications in India, either fulltime or as freelancer. Writing fiction and newspaper features with equal ease, the Pune- based writer is also a hand-reader.

Interesting story and now I am definitely going to buy this book.