EARTH TO CENTAURI: THE FIRST JOURNEY

BOOK BLURB: The year is 2095.
Voyager 1 launched in 1977 with a golden record - someone has found it and is sending a signal back to Earth. With a newly constructed fasterthan- light spaceship named Antariksh, and a crew which includes novices like Lt. Manisha, as well as seasoned professionals, including Commander Ryan, Captain Anara reaches the source of the signal at the nearest star to Earth - Proxima Centauri.

Before she can meet with the aliens, Anara must clear obstacles on her own ship, including a recalcitrant Artificial Intelligence and inexplicable radiation, which threatens the safety of the mission. The implications of what they find on planet Proxima B will resonate far beyond this first journey, exposing Earth to dangers on an unimaginable scale. And then Captain Anara finds out its creators buried a secret aboard Voyager 1.

Tech for the geek. Thrills for the action seeker. Mysteries for the detective. Science for the uninitiated. 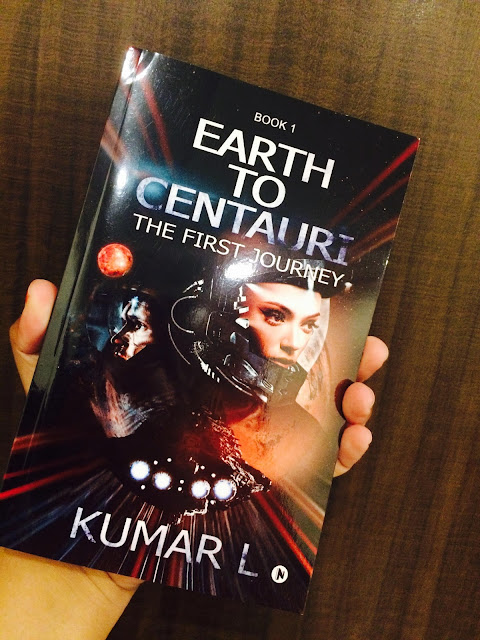 Earth to Centauri is a book I would like to cherish. I never thought this book was going to turn into one my favorite books by an Indian Author. I always wondered why there is no good sci-fi book by the Indian Authors, and I'm glad that I found this one. The plot is well paced and inventive, with two primary strands. Switching between the past & present. An impressive, fast and thoughtful thriller with the perfect blend of science along with an Indian context. The Narada name of the AI is definitely worth mentioning, the unexpected twist lifted the story to the next level.


Kumar's writing is strong throughout and holds the reader’s attention. Characterization is good. I especially liked the fact that the book features a woman protagonist, Captain Anara. There are some clever ideas here and for the most part, it's thought-provoking and entertaining in equal measure. The way the future is presented, as one possibility of many, is good, solid theory and the author describes it in a remarkable clarity. Earth to Centauri is a strong novel and promises much for what is to come in Kumar’s next book in the series; Alien Hunt. This is the must read for the sci-fi lovers.

I also liked the book cover which is beautifully designed. This book is definitely worth a read. 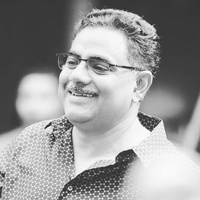 Kumar is a passionate tech enthusiast and social media newbie. He loves travelling and is fluent in seven Indian languages. His engineering background and love of science fiction helps him bring technology alive in his books. Earth to Centauri is Kumar's first book. It is easy to read and understand, and is suitable for a wide range of age groups. Earth to Centauri, as well as the second book in the series, Alien Hunt, are both based on themes of adventure, thrill and drama, with a positive outlook at what the future may hold for humanity.
A third book in the series, Black Hole: Oblivion is currently in the research stage.

Patt P. said…
This is one of the most important things. prostitution in London