BOOK BLURB: Rakshit Singh, a young and upcoming politician, encounters a rebellious Rani aka Radha in an upscale brothel, Temple Bar. Intrigued by Rani's personality, he wants to know more of her. Radha tells him that she was found by the brothel owner in a semi-conscious state and that she's lost her memory. Distressed by her plight, Rakshit asks her to be the governess of his motherless daughter, Neer. What Rakshit does not know is that Radha is using him to avenge herself against the man who destroyed her life. Fraught with danger, daring and deceit, this racy novel recounts a tale of love, loss, and loyalty in lives that are curiously entwined with one another. 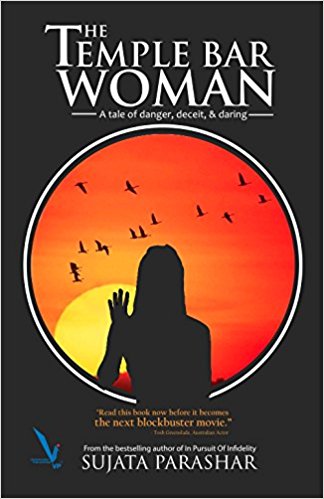 The temple bar woman is the story of Radha, who was a teacher in her father's school and how she becomes a successful politician. A beautiful happy soul and an obedient daughter. Radha with her best friend Seema goes to a fair in village. There she meets Vikram Pratap Singh, a son of powerful politician. He misbehaves with Radha and she slaps him in front of everyone. Vikram Singh considers it as his insult and decides to take revenge from her by raping her. After mercilessly gangraping her with his friends, he leaves Radha at Temple Bar, a brothel run by Habiba Bi.

When Radha is recovered from her injuries, she finds herself in a brothel and this breaks her soul completely. She comes face to face with Habiba Bi who ask her repay her price by selling her body to them for giving her shelter all these days. Radha has lost her self-confidence and hope to live a good and respected life. Jhumki, a sex-worker who took care of Radha, supports her and help her gaining her lost confidence. Radha decides to avenge her lost honour by punishing the culprits who took away her innocence and her everything.

She meets Rakshit Singh, a politician and her life changes after that day. Whether she is able to take revenge from Vikram Pratap or not, you'll have to grab the novel.

WHAT I LOVED:
Other than the Protagonist Radha's character, I loved the character of Rakshit Singh. He is an ideal human being, who is ready to accept a woman who is gangraped and spent time in brothel. I don't thing man like him exists in reality, but if they are then I would love to salute them.

I also loved the character of Jhumki, who is the only friend of Radha in Temple Bar who supported her in her difficult times.

I liked the writing style of the author. The dialogues are powerful. The story is written brilliantly. Author Sujata has possesed a gift for describing characters. I found the novel gripping, page-turner and unputdownable. In a way, this novel presents a harsh criticism of the society, society who fails to accept the survivors of rape and how this society treats sex workers.

I would like to give 5/5  and would recommend it to everyone.  I am really really happy that I chose to read this book. I am looking forward to read more books by Author Sujata Parashar. You guys must read this book and I am sure this novel will be praised by all readers. 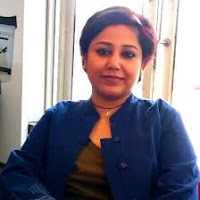 SUJATA PARASHAR is a popular Indian novelist, short-story writer and poet. She has written seven books so far including a poetry series and a short-story collection.
Sujata holds a Master's degree in Human Rights. In 2016 she was presented the prestigious Karamveer Chakra Award-instituted by iCongo (instituted with UN) conferred to individuals who bring about positive social impact in the lives of people and planet.
'The Temple Bar Woman' is her fourth novel.